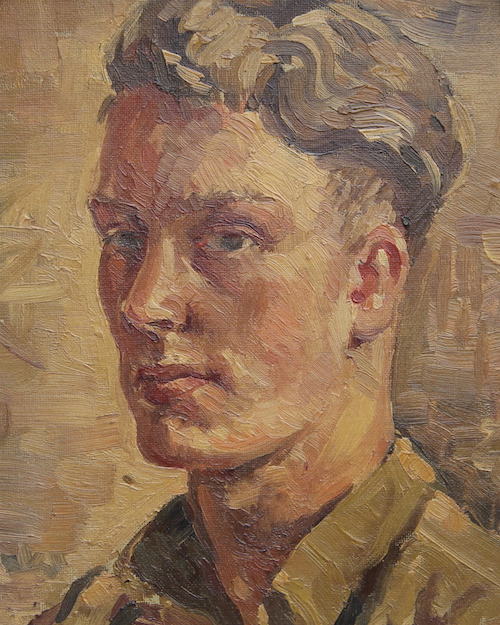 Allan studied at Keighley College of Art and Sheffield College of Art, where he obtained both the National Diploma in Design and the Art Teacher’s Diploma. He began his career as a Designer & Visualiser with advertising agencies and Design groups in Norwich, Wellington, New Zealand and London up to 1974 when he was appointed Lecturer in Graphic Design in the Faculty of Vocational Studies at Gloucester College of Art and Design.

He is primarily a landscape artist, and paints all landscapes ‘in situ’ at one sitting – rarely in a studio – and uses acrylics as a watercolour medium. He has exhibited recently all over the West Country from Malvern to Exeter, from Bristol and Bath to Broadway. Much of his current work is done in the Cotswolds with excursions further afield. He is a Member of innumerable Societies of Artists and his work is to be found in private and public collections in this country, in Finland, Germany, Canada, the USA, Alaska, Denmark, Australia and South Africa.

His work has appeared on TV, and he was the Commentator on the BBC production of “Art in Agriculture”. His subject matter is always the rural scene, but frequently the less familiar aspect of the well known ‘view’ painted ‘on the day, as it is’ with delightful spontaneity and authenticity.